Windermere has, over the years, been a centre for seaplane activity. This includes not only 1911-1919 but also the Short Sunderland flying boat, examples of which were built, serviced and converted in the Short Brothers factory at White Cross Bay 1942-1945. The Sunderland was one of the Royal Air Force’s great wartime flying boats. A Sunderland flew at Windermere in 1990 but, sadly, none remain airworthy now.

Arguably, an even greater flying boat was the American Consolidated Catalina, several hundred of which served around the world with the wartime Royal Air Force. RAF Catalinas were involved in the search for the German battleship Bismarck, the prevention of the invasion of Ceylon by Japanese forces, many successful U-boat attacks and the routine but dangerous escorting of Atlantic convoys bringing supplies from the USA. The RAF’s last surviving Victoria Cross holder, Flying Officer John Cruickshank, was awarded his medal for gallantry after a particularly difficult encounter with a German submarine, the Catalina and its crew eventually coming out on top. More Catalinas were produced than any other flying boat by a very considerable margin and they were used by all of the wartime Allied countries.

Although RAF Catalinas were never based at Windermere, there is local ‘Catalina heritage’ inasmuch as they were occasional visitors, both during World War Two and, on one occasion, in the mid-1990s.

It is known that in late-1944 and the first part of 1945, three different RAF Catalinas landed on the lake after flights from 57 Maintenance Unit at Wig Bay near Stranraer in Scotland. As 57 MU was involved in work on both Catalinas and Sunderlands, it seems quite likely that the Catalina visits to White Cross Bay were in connection with Sunderland activity on Windermere, ferrying parts or crews between the two locations.

Then, in 1994, a privately-owned Catalina visited Windermere and was on public view on the lake during the Windermere Lake Festival. It arrived on 27 June and departed on 11 July. During its stay, it was moored alongside Roger Mallinson’s 1906 steam launch Shamrock. That Catalina was painted to represent the aircraft flown by Flight Lieutenant David Hornell, Royal Canadian Air Force, another wartime Victoria Cross recipient.

The operator of the Catalina mentioned above, Plane Sailing Air Displays Ltd, still flies a Canadian-built Catalina amphibian from its base at the Imperial War Museum airfield at Duxford in Cambridgeshire. Named Miss Pick Up to recognise another of its achievements – wartime search and rescue – and now over 75 years old, this aircraft is one of very few wartime flying boats still airworthy and it spends each year from April to October flying all around Europe, thrilling airshow visitors and commemorating the crews who flew and maintained flying boats during World War Two. Thus, the efforts of the White Cross Bay workforce who were involved in seaplanes all those years ago are still recognised by this magnificent aircraft.

All images below © Alan Cox Photography. 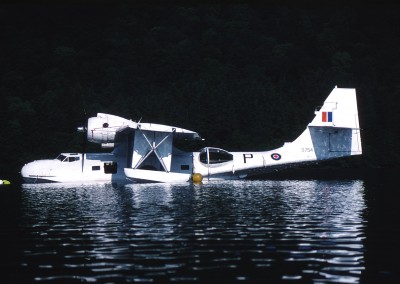 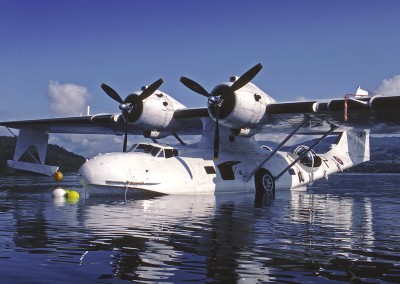 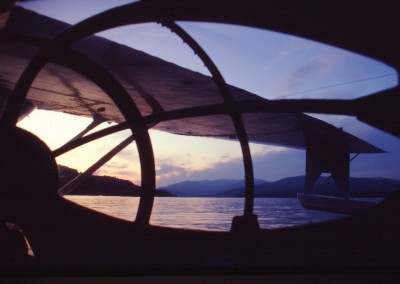 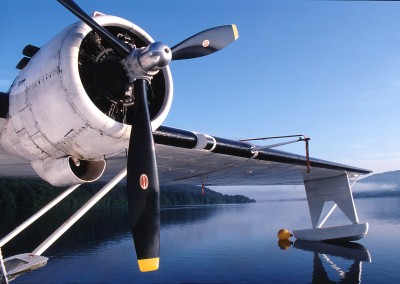 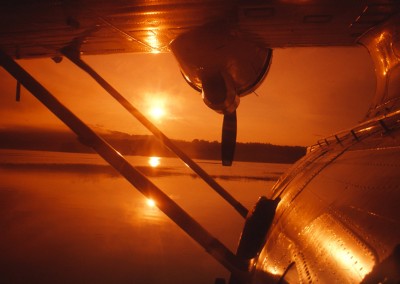