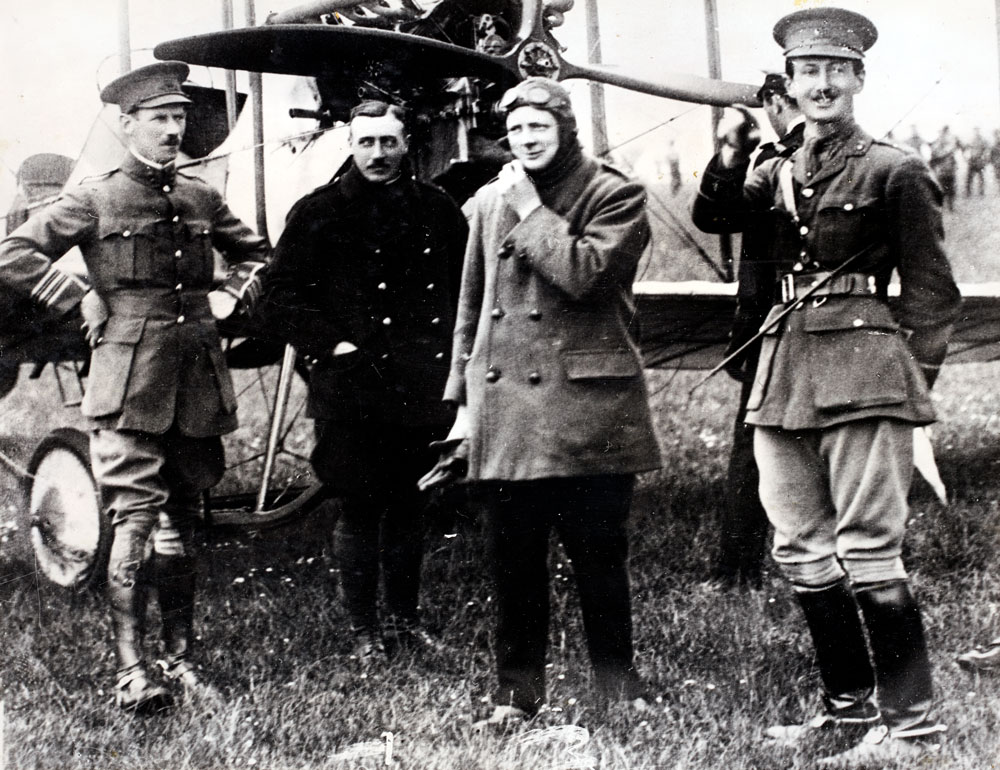 Captain Edward Wakefield commissioned the hydro-aeroplane Waterbird; which first flew from Windermere on 25 November 1911, with a ‘stepped‘ float for which he obtained the grant of a patent in 1913. Waterbird had the distinction of being the first successful British hydro-aeroplane.

‘The importance of these facts in connection with harbour, estuary and coast defence and scouting need hardly be remarked upon. For the fame of Mr. Wakefield himself and Windermere it is to be hoped that the Admiralty may take the matter up so that we may not be left behind by any other European power.’ – Kendal Mercury and Times, 22 December 1911.

In November 1911, the Standing Sub-Committee of the Committee of Imperial Defence was reconvened: ‘To consider future development of aerial navigation for naval and military purposes and the measures which might be taken to secure this country an efficient aerial service’. On 28 February 1912, the Report of its Technical Sub-Committee was approved, which recommended that the Naval Wing of the Flying Corps should be established and it attached importance to the maintenance of private enterprise in the field of aeronautics. 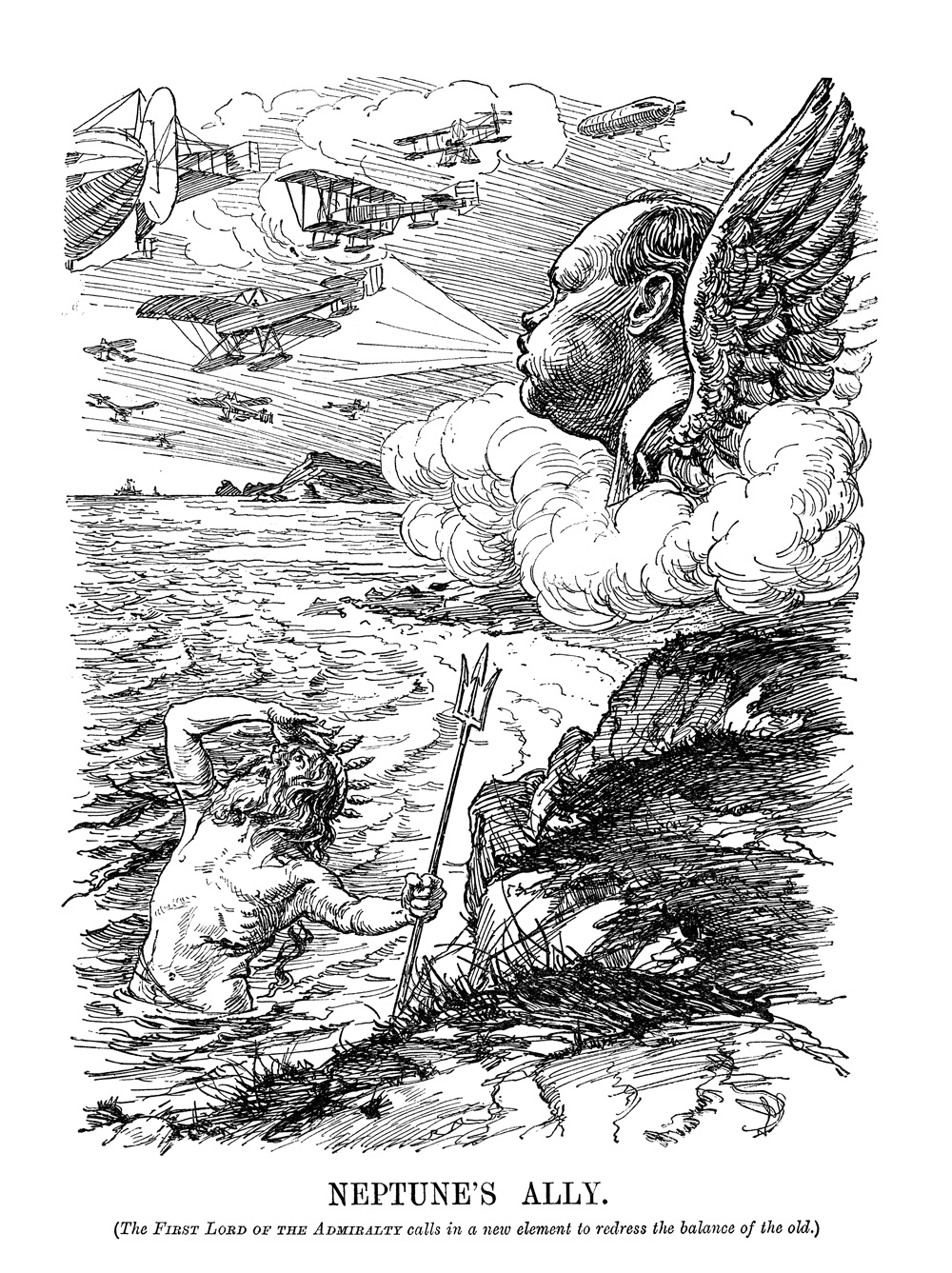 Winston Churchill, First Lord of the Admiralty (1911-1915), was a member of the Standing Sub-Committee. Upon being asked in the House of Commons on 29 February 1912 about the Royal Navy and hydro-aeroplanes, he replied by referring to experiments, including at Windermere, and that “the results so far attained have been promising”.

Protesters against flying at Windermere wrote to the press and mounted a national campaign. They targeted the House of Commons with deputations and ultimately by having an MP raise a question on 16 April 1912. Wakefield had successfully quoted the Admiralty for his floats and undercarriages, or royalties, and to convert an Admiralty aeroplane into a hydro-aeroplane, but had not been able to advance this major counter-argument because he had signed the Official Secrets Act. Therefore, the future of flying at Windermere was hanging in the balance. – The answer above came from Churchill, who stated that private hydro-aeroplane tests would continue at Windermere.

Churchill campaigned for an Air Department at the Admiralty, which was refused three times by the Treasury. Treasury sanction was obtained and Captain Murray Sueter appointed as Director in November 1912. Churchill wrote Prince Louis of Battenberg, First Sea Lord, on 7 December 1912 ‘Captain Sueter requires supervision, and the connection between the Army and Navy work must be close and harmonious’.

Origin of the term ‘Seaplane’

The term seaplane was coined by Churchill when he answered a question in the Commons on 17 July 1913.

Churchill set out a policy and a programme for seaplanes

In a Minute dated 26 October 1913, Churchill recommended three types of new aeroplane: an overseas fighting seaplane, to operate from a ship as base; a scouting seaplane, to work with the fleet at sea, and a home-service fighting aeroplane, to repel enemy aircraft.

In a Minute dated 21 December 1913, he called for radios to be fitted in seaplanes.

On 11 January 1912, a letter from Wakefield had been published in The Times and in Flight magazine in which he predicted scouting by hydro-aeroplane as being a ‘necessity for the safety of this island’. He envisaged the relaying back of information by a wireless installation.

Churchill advanced an argument in favour of seaplanes in a Minute of 10 February 1914: ‘The facilities of reconnaissance at sea, where hostile vessels can be sighted at enormous distances while the seaplane remains out of possible range, offer a far wider prospect even in the domain of information to seaplanes than to land aeroplanes, which would be continually brought under rifle and artillery fire from concealed positions on the ground, among trees, behind hedges, etc.’.

‘Taking lessons and flying as a passenger gave Churchill enthusiasm, understanding and foresight. Yet another example of his feeling for technical advances driving him onwards.

Churchill flew with Lieutenant Gilbert Wildman-Lushington at Eastchurch on 29 November 1913, so becoming the first cabinet minister in the world to assume control of an aeroplane in flight. – Flight magazine, 6 December 1913.

In February 1914, Churchill was flown in a seaplane at Portsmouth by Lieutenant Arthur Longmore, who had test flown Waterbird for the Admiralty at Windermere on 20 January 1912, as he wanted to see for himself whether a submarine could be located when submerged.

He flew nearly 140 times, but relented under pressure from his wife Clementine and colleagues due to the risks, albeit he kept his foot in the door! A letter to his wife on 6 June 1914 included ‘I will not fly any more until at any rate you have recovered from your kitten: and by then or perhaps later the risks may have been greatly reduced’.

Churchill wrote on 10 February 1914 that ‘Seaplanes, when they carry torpedoes, may prove capable of playing a decisive part in operations against capital ships’. On 15 June 1914, he visited Longmore at Calshot and asked that the torpedo experiments be speeded up. On 28 July 1914, Longmore made the first torpedo drop by a British aircraft and pilot.

The following tributes say it all

‘The First Lord of the Admiralty has proved in a high degree the fairy godfather of naval aviation. The Navy hardly possesses a single type of aeroplane on which he has not made a flight as a passenger.’ – The Aeroplane magazine, 1 January 1914.

‘No Minister of our time has been at so much pains to become thoroughly acquainted with the work of his department as the present head of the Navy, with the result that probably no First Lord has at any period had so deep and thorough a knowledge of the work and needs of the Navy as Mr. Churchill.’ – Flight magazine, 26 June 1914.

‘The First Lord showed particular interest in all matters relating to the Naval Air Service and made many flights in aeroplanes and seaplanes. No occupant of this high office of state has made corresponding effort to acquire a practical knowledge of the work of the Navy.’ – Brassey’s Naval Annual, 1914.

‘Mr. Winston Churchill was always keen on aeroplane work, and the help and encouragment he had given to the RNAS ever since he took over the post of First Lord of the Admiralty were fully appreciated by all of us who were in a position to know. Without his keenness and driving power the RNAS would not have reached the state of advancement it had done in 1914.’  – Fights and Flights by Air Commodore Charles Samson.

Churchill’s faith in Wakefield and Windermere was borne out by:-

In January 1942, Churchill made an 18-hour/ 3,330 miles journey from Bermuda to Plymouth aboard Boeing Clipper flying boat Berwick, so setting another record by becoming the first world leader to make a transatlantic flight.

John Parker was a pupil/ instructor at Windermere 1915-1916. On 1 August 1928, Parker brought a Short Calcutta to the River Thames, setting it down between the Vauxhall and Lambeth bridges before mooring off the Albert Embankment. Amongst those who received a tour of the flying boat was Churchill, then Chancellor of the Exchequer. On departure on 5 August, Parker just cleared Lambeth bridge and made a low pass over the terrace of the House of Commons.

Wavell Wakefield, Edward Wakefield’s nephew, was a Conservative Member of Parliament 1935-1963, and Parliamentary Private Secretary to the Under-Secretary of State for Air 1940-1942. At the General Election in 1945, he was elected as MP for St Marylebone, when Churchill joined him on the hustings. Upon his retirement from being an MP, he was created Baron Wakefield of Kendal. He served as a pilot in the RNAS/ RAF 1916-1921, and was Director of the Air Training Corps 1942-1944.