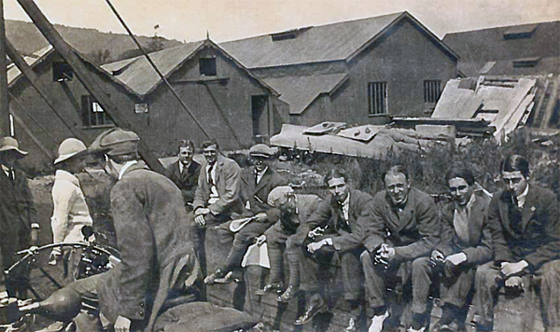 Tribute is paid to the pilots in the above photo taken in either November or December 1915, at Cockshott.

Donald Macaskie (on motorcycle), from Laleham, Middlesex, 18, began his training in January 1915, obtained his Aviator’s Certificate at Windermere on 24 September, and joined the Royal Flying Corps (‘RFC’). However, a ‘Fight with Fokker‘ caused a forced landing near Albert, France on 20 July 1916 when he lost his right leg, became a POW and was repatriated.

Seated from left to right are:-

The above photo was taken by Ronald Buck from Heaton Chapel, Stockport, 25, who made his first flight in January, obtained his Aviator’s Certificate on 7 August at Windermere, joined the RFC, and was posted to France where he was seriously wounded in 1916 being graded ‘permanently unfit for pilot duties’.

The photo at the top of this page is of Royal Naval Air Station Windermere and was taken in 1916. Note the White Ensign flying. 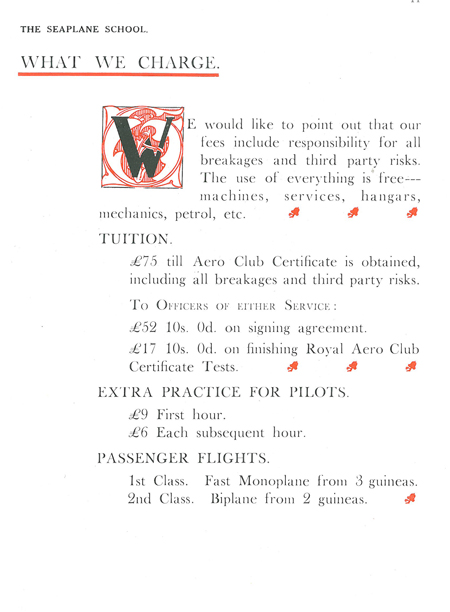