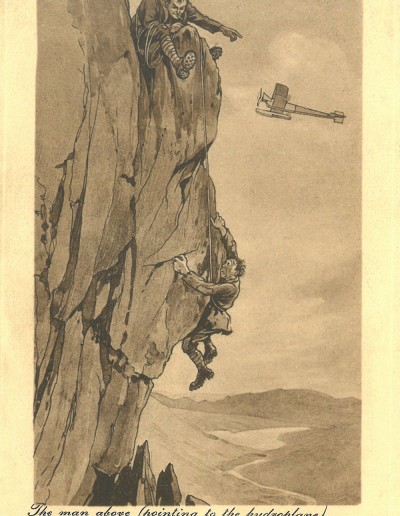 Wakefield served as a surgeon throughout World War One, including at the Somme from the last days of 2015 to 12 October 2016, and was mentioned in dispatches in 1917. He was medical officer on the 1922 Mount Everest expedition. At the first Winter Olympics in 1924 the Everest team were each awarded a gold medal, with the citation ‘the greatest feat of alpinism in the preceding four years’. In 2012, Wakefield’s medal was taken to the summit of Everest by Kenton Cool.

Wakefield was President of the Fell & Rock Climbing Club when on 8 June 1924, at Great Gable, he spoke at the dedication which took place of a bronze memorial plaque inscribed with the names of the 20 members killed in World War One; the very day that George Mallory and Sandy Irvine disappeared on Everest. – Into the Silence: The Great War, Mallory and the Conquest of Everest by Wade Davis.

It was a source of joy and pride to Wakefield that his Presidency coincided with the dedication. Wakefield’s obituary in the Club’s Journal described him as one of the ‘most outstanding, best loved and greatly distinguished members’.

Amongst the names on the plaque is that of ‘S. W. Herford’. Siegfried Herford carried out aeronautical research at the Royal Aircraft Factory, Farnborough in 1913-1914.

W G Collingwood designed the plaque, who was the father-in-law of Oscar Gnosspelius a pioneer engineer, designer and aviator at Windermere 1909-1914. The plaque graced the summit until 2013, when it was replaced with a new one and moved to the Church of St. Olaf, Wasdale Head, where it was re-dedicated on 21 July 2019. 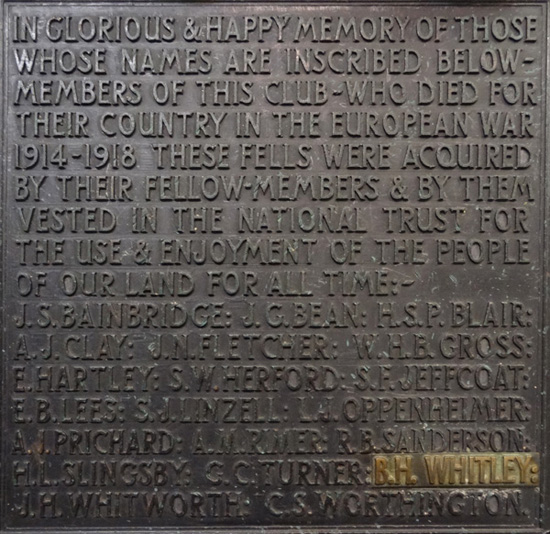