FIRSTLY BELOW is his Report of making the only landing on the after deck of HMS Vindictive, in the fleet’s last operational Sopwith Pup on 1st November 1918 at Scapa Flow.

An RAF Unit composed of officers and ratings, formerly in the RNAS (the RAF had been formed on 1st April 1918 by the amalgamation of the RNAS and the Royal Flying Corps) was being formed with Lt. Colonel Tomkinson as CO for service in this ship.

I was then posted to the Isle of Grain, where the HMS Vindictive RAF Unit was being assembled. I took this opportunity to do as much flying as possible in Sopwith Pups, Curtiss aircraft with the wheel instead of stick control, and a Grain Griffin. This was a two seater aircraft rather like, but larger than a Sopwith 1½ Strutter. I believe that only six were built. It was intended that this aircraft would carry one large bomb. We were told that the idea was to steam into the Kattegat when we would fly off, drop the bomb on Berlin and then return to land in the sea near a ship, and if possible outside territorial waters.

In anticipation of a sea landing I did a practice landing in the Medway, close to the shore at the Isle of Grain, in a Curtiss aircraft with air bags which leaked. In the remarks column of my log book I said that:  ‘… landing was O.K. and I did not get wet although the machine half sunk’. In the middle of September the RAF Unit joined HMS Vindictive in Belfast.

We carried out steam trials in the Clyde and then steamed up the West Coast of Scotland in October for Scapa Flow. On October 26th I took off from Smoogroo Aerodrome in a Sopwith Pup and flew around HMS Vindictive at anchor. On October 29th I did the same in a Sopwith Pup with the ship under way and accompanied by the CO in another Pup. My log book says that ‘I did experiments with Lt. Col. Tomkinson all around the ship to find out the bumps with a view to landing on the deck’.

After this flight it became very clear to me that with the hot air from the funnels, and the turbulence caused by the superstructure amidships between the take off deck forward, and the landing on deck aft, the air conditions were so disturbed that to make a successful landing on the after deck was an impossibility. It seemed to me that if the ship were to steam 15˚ out of wind so that the turbulent air was carried over the starboard quarter, then I could side slip in to land from the port quarter in calm air.

I therefore arranged with Captain Grace (a son of the great cricketer Dr W G Grace) that the ship would steam 15˚ out of wind, with a landing speed for me of not less than 20 knots nor more than 25 knots.

On the 1st November, flying a Sopwith Pup with wind direction SE and force 1 to 2 I took off from Smoogroo Aerodrome. After testing the air conditions astern of the ship, and finding adequate calm air on the port quarter, I side slipped in and on to the deck. The extract from my log book was as follows :- ‘Very calm. Landed on deck 104ft. run. Swung a bit otherwise O.K. Tail skid caught edge of a plate and broke.’

During the Summer about a dozen unsuccessful attempts were made to land on the after deck of HMS Furious where catching gear had been erected for the Sopwith Pups specially provided with skids.

I had heard about these unsuccessful attempts, but did not know the reason for this lack of success. However, immediately I had made the necessary air tests astern, the reason became obvious as I have already stated.

Although I had demonstrated that it was possible to make a successful landing on the after deck of an aircraft carrier by use of the 15˚ angle into wind and the correct head wind strength, it was very obvious that to carry out a successful landing in ideal conditions in Scapa Flow was very different from doing the same thing at sea on operations, perhaps in bad weather and with submarines around and with pilots tired out after an operational sortie.

Moreover, throughout the Spring and Summer I had been at Cranwell giving advanced flying instruction, with particular attention to forced landing techniques so that I did have special knowledge, and had acquired skills to make such a deck landing, which the average pilot aboard a ship would not normally possess.

In the event no further attempts were made to land an aeroplane on the after deck of either HMS Furious or HMS Vindictive. The future construction was a flat deck ship without funnels and superstructure amidships [HMS Argus in 1918], to be followed by the ‘Island’ amidships and the 15˚ angle deck which allowed for errors in overshooting on landing, and avoided air turbulence astern, as well as other advantages.

SECONDLY BELOW is an extract from Wakefield’s article in the Air Training Corps Gazette of April 1943, when he was Director of the Corps, on flying a water glider at Windermere on 7 February 1943

On my first flight in a modified Falcon 1 glider at Windermere on 7th February 1943, there was a steady northerly wind of 12 to 15 miles an hour blowing down the lake. About 300ft of cable was let out from the speedboat. Signalling was done by the hand. Wireless or some form of loudspeaker between glider and speedboat is advisable. It is better that oral rather than visual means of inter-communication should be used. Voice transmitted by loudspeaker and compressed air booster might be a suitable method.

On the first take-off I tried to pull the glider off the water too quickly, and instead of getting it up on the step I got it right off the water, and as a result porpoised a bit. After taking the air, however, I quickly gained height, quick-released and made a satisfactory landing.

On the second take-off I got the glider up on to the step and it took off beautifully. Here again I only went up to about 200 or 300ft, and then quick-released and landed in the roughest water I could find in the wash of the speedboat. The glider behaved perfectly on alighting.

On the next occasion there was very little wind, with the result that the weight of the sagging cable tended to pull the glider underneath the water, and a series of waves came over the cockpit, giving me a good ducking. After a few seconds of this I quick-released before I was able to become airborne or, as seemed possible, being pulled to the bottom of the lake.

On the second run the cable was shortened to about 200ft. This time I got off comfortably, and climbed to about 700 or 800ft before quick-releasing over Bowness Bay, where I tried without much success to find an up-current. The glider again landed perfectly.

On the third run, again with longer cable, I got another ducking, and had to quick-release again without becoming airborne.

For the fourth run the cable was shortened once more and I got comfortably into the air. We ran down the lake, heading into what little wind there was, and the cable was let out to its full extent, so that I was soon flying at 1200ft. I was towed several miles down to the end of the lake at this height, where I quick-released. I made a hill which stuck out into the lake in another endeavour to do some soaring. But the wind was up and down the lake and was too light to provide enough up-current for me to remain long in the air. I was able to make another satisfactory landing. 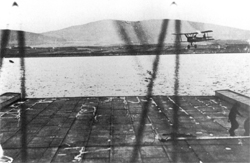 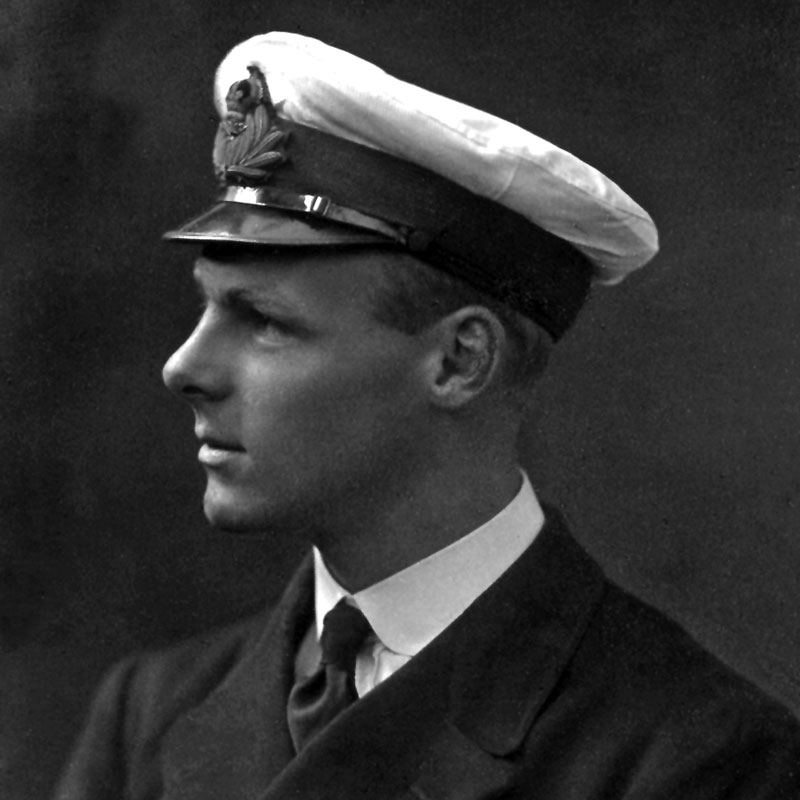