Pioneer of making drawings from the air

‘Cliff’ Fleming Williams was a pioneer of making drawings from the air so as to prove the use of aeroplanes for military observation. This drawing, elaborated on reaching ground, is of Brooklands – The Illustrated London News, 8 April 1911.

The equipment comprised a glove for the left hand to protect from the cold, the right hand being protected by the lid of a drawing box fixed to the knee. A compass was strapped to the left wrist. Pencils were sharpened at both ends and attached by string so as to prevent them falling.

Waterbird was commissioned by Edward Wakefield, who was an advocate of using hydro-aeroplanes for scouting to relay information by way of an observer and wireless, having learnt the value of scouting in the Boer War.

Waterbird was tested at Brooklands during May-July 1911 and then converted to a hydro-aeroplane at Windermere.

In 1913, Fleming Williams submitted application for UK Patent No. 5,003 for improvements relating to hydro-aeroplanes by attaching hinged and sprung planes to the float bottom, which was granted in 1914.

Turned down for pilot training in the Royal Flying Corps on account of his age, Fleming Williams joined the staff of the seaplane flying school at Windermere in 1915, the Director being Rowland Ding.

There, his first task was to ‘specially design and carry out’ a booklet. It was described by Flight magazine of 5 February 1915 as ‘more in keeping with one of the expensive editions to luxe to which of late years the big publishing houses have accustomed us’.

Drawings included of a flying lesson by moonlight, which lessons were unique to Windermere.

He instructed on the theory of flight and aeroplane design. He was an accomplished lecturer, having developed skills of communication through taking his father’s Sunday School classes. The school’s booklet boasted ‘Illustrated lectures are delivered by an expert – not dry-as-dust mathematics – but interesting talks knocked home with pictures and humour’.

The breadth of his skills became of considerable value in a short space of time: ‘Mr. Ding has a capable right hand man in Mr. Fleming Williams’. – The Lakes Herald, 26 February 1915.

Responsible for administration (Note the drawing by him at the letterhead) and repair, together with modification of aeroplanes, he became a Director.

Fleming Williams designed the P.B.1 seaplane and took charge of its construction at Cockshott, Bowness-on-Windermere.

Having been appointed as a Second Lieutenant in the RFC on 21 August 1916, Fleming Williams was posted to the School of Aeronautics at Reading, where he rose from Assistant Equipment Officer to become Chief Instructor and was promoted Major.

Fleming Williams was commissioned by General A C Maclean of the RAF Section to create a large scheme of paintings documenting the activities of the RAF at sea. These included watercolours of Felixtowe F.2A flying boats bombing a German submarine and of a Sopwith Scout seaplane.

Following demobilisation in 1919, he returned to Hill of Oaks, Windermere for about 1 year and re-established himself as an illustrator. 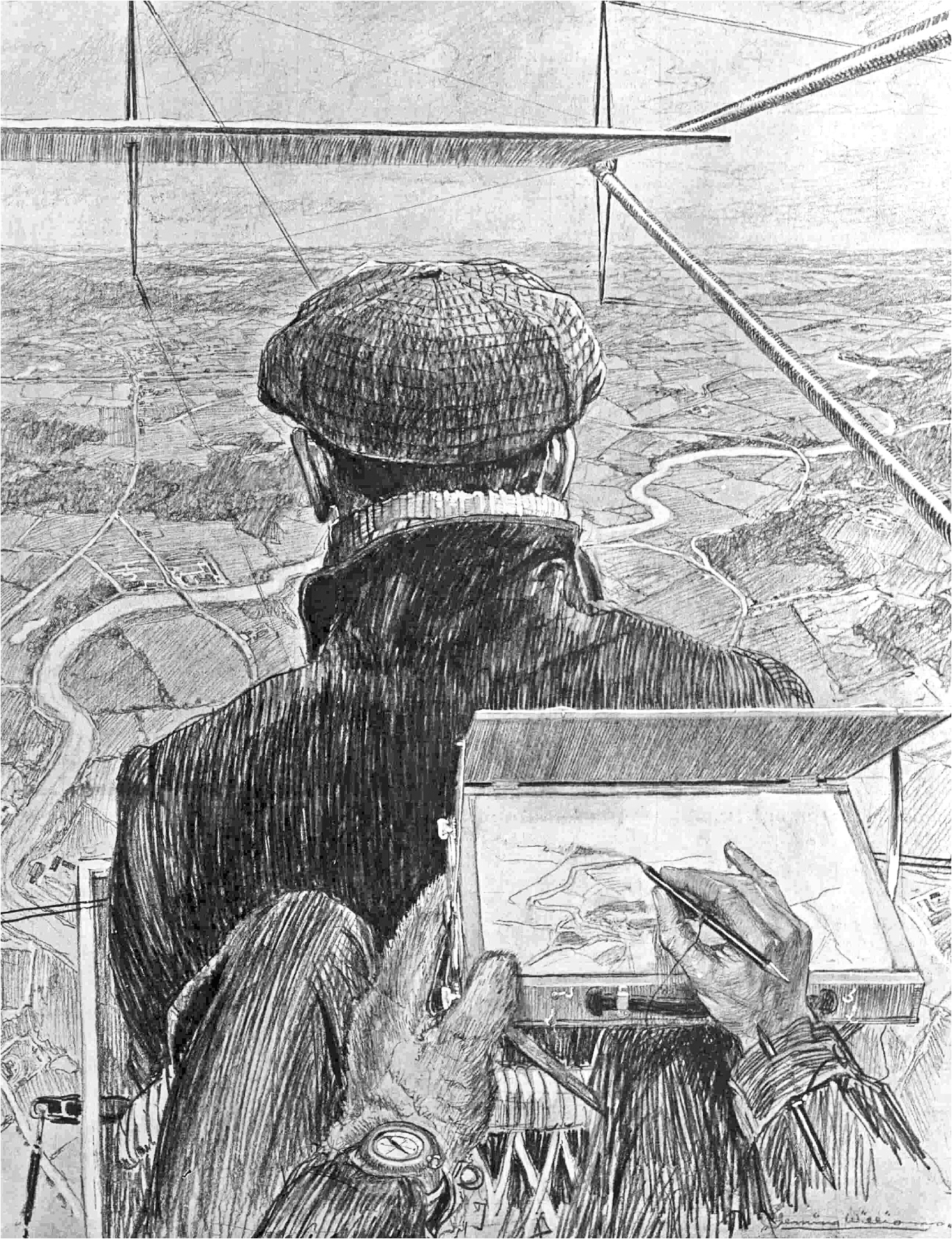