Herbert Stanley Adams (nicknamed Sol after Solomon the Wise) was recruited by Edward Wakefield to be his pilot at Windermere. They met at Brooklands, where Waterbird was flight-tested as a landplane. Adams was then a pupil at the A. V. Roe & Co (‘Avro’) Flying School, taking his first lesson on 12 May 1911 and obtaining Royal Aero Club Aviator’s Certificate No. 97 on 27 June 1911 ‘in easy style’. He was complimented by Howard Pixton, the Chief Instructor and Britain’s first professional test pilot, as being ‘one of the best Avro pupils’. (In 1919, Pixton operated seaplanes at Windermere for the Avro Transport Company.)

Adams had previously been a trainee engineer at Rolls-Royce. It was he who pointed out to Wakefield that there was a crack in a cylinder of the Gnome engine of Waterbird; the Green engine of Commander Schwann’s Avro D at Barrow-in-Furness was made only to function after he had correctly re-assembled the rocker gear.

On 25 November 1911, Adams made an historic acheivement in Waterbird by successfully taking off and alighting at Windermere. This was the first successful flight by a hydro-aeroplane outside France and America. There had been a period of bad weather, and Wakefield was not present. Adams therefore sent a telegram to Wakefield.

When the Lakes Flying Company was formed on 20 December 1911, Adams was given a share of profits, free accommodation and appointed as Manager. Wakefield described him as ‘the best partner for the job that any man ever had’.

Before Waterbird was written off in a hangar collapse on 29 March 1912, Adams had flown as high as 800 feet and as far as 20 miles.

By the end of November 1912, Adams had accomplished about 250 flights in Waterhen, Waterbird’s successor, and carried over 100 passengers. He flew as far away as Hornsea in Yorkshire, Waterhen having been transported by traction engine.

Wakefield entered into a contract with the Admiralty to convert a Deperdussin into a hydro-aeroplane, which he accomplished in 3 weeks. On 16 July 1912, when Adams flew Wakefield he became the first passenger in the world to fly in a hydro-monoplane.

Piloted by Adams, Gertrude Bacon became the first passenger to make a circuit of the lake (in Waterhen), and the first woman in the world to fly as a passenger in a hydro-monoplane (in the Deperdussin).

Seabird was also flown by Adams, which had been manufactured by Avro but rebuilt at Windermere.

In December 1912, Adams test flew the Avro 501 at Eastchurch on behalf of Avro, the float having been designed by Oscar Gnosspelius, built to the orders of the Admiralty.

Whilst Adams was not an employee of Avro, his pioneering work on Avro floatplanes at Windermere and elsewhere was such as to warrant inclusion as a Chief Test Pilot by Peter V. Clegg in his book Avro Test-Pilots since 1907.

Having hyphenated his last 2 names, Stanley-Adams immediately volunteered for service in the Royal Naval Air Service at the outbreak of World War 1. He trained at RNAS Calshot and RNAS Killingholme. In 1916, he led a flight of 9 Nieuport Scouts from Imbros to Bucharest, but had to land 16 miles short due to bad weather and failure of oil supply. In 1917, he was in command of No. 4 Wing at Dover and of the RNAS War School at Manston. In 1918, he served at RNAS Dunkirk and in command of the North West Area 30th Wing. He transferred to the RAF and resigned his commission on 21 September 1921.

Stanley-Adams joined Scotland Yard in 1925 as a civilian transport officer, from which he retired in 1952. 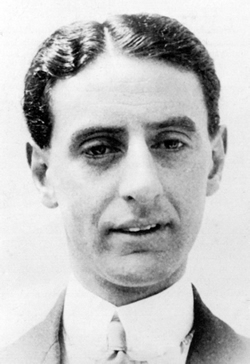