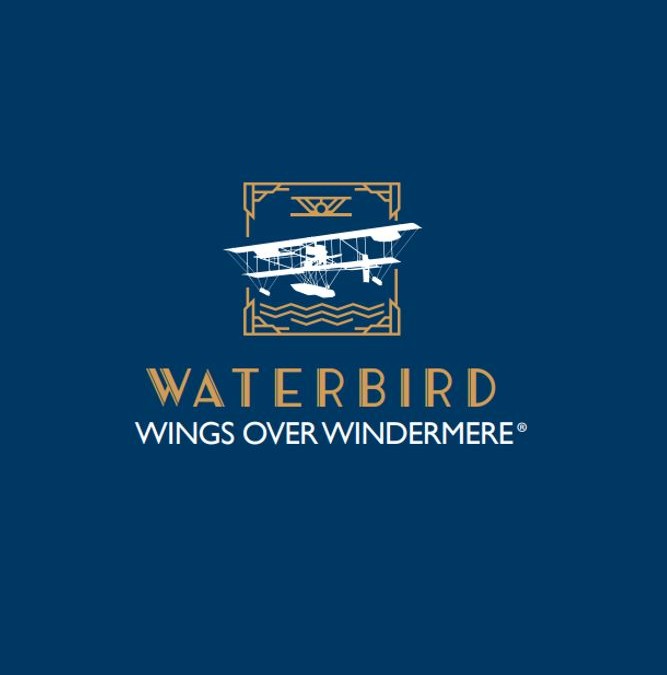 Aviation history recognising that Glenn Curtiss ‘The Father of US Naval Aviation’ invented the step-hydroplane for a seaplane is being challenged.

Ian Gee has collated documentation which, he claims, proves that the step-hydroplane was in fact discovered and first successfully used by a team working at Windermere in the English Lake District.

Gee is familiar with the stepped float as for seven years he has been involved in a project to build an airworthy replica of the breakthrough aeroplane, known as ‘Waterbird’, which was commissioned by Captain Edward Wakefield. This telegram from the pilot Herbert Stanley Adams to Wakefield confirms the initial flights by Waterbird and that no damage was sustained.

Waterbird was the first aeroplane outside France and the USA to make a successful flight from water when she took off and landed on Windermere on 25 November 1911.

Gee has held a pilot’s licence since 1979, but it was only when he started studying for a seaplane rating that he discovered claims for Curtiss to be given credit for his revolutionary invention.

“I was advised by an instructor to study text books, which are American, and I read that Curtiss’ most important contribution was the invention of the step.”

Typical is the introduction to ER Johnson’s American Flying Boats and Amphibious Aircraft, which states: ‘Glenn Curtiss built a flying boat during the summer of 1912 … The solution he finally hit upon was to incorporate a transverse step … Every flying boat, amphibian and seaplane that has flown since, is an heir to his efforts’.

“Comparing the dates with other books, magazines from the time and original documents, I realised that in fact Windermere had invented the step for hydro-aeroplanes and successfully flown with them before Curtiss.”

Wakefield applied for UK patents for the method of attachment and a stepped float on 11 December 1911, which were respectively granted on 12 September 1912 and on 18 March 1913:

‘For use with an aeroplane, a float approximately rectangular in cross-section and in plan, and the underside of which constitutes a hydroplane; this hydroplane being formed with a series of transverse steps.’

One of Britain’s most important aviation pioneers, Captain Edward Wakefield of Kendal, had bought an aircraft from A.V. Roe & Company.

It was converted to a floatplane at Wakefield’s base at Hill of Oaks, on the shores of Windermere and Herbert Stanley Adams carried out numerous flights including of 20 miles duration with a height of 800 feet.

Waterbird was sadly rendered beyond repair in March 1912, when her hangar collapsed during a storm. Her life was short, but very productive. It provided the vital springboard to establishing a twin centre of technical innovation and flying expertise.

This combination drove the development of more sophisticated aeroplanes at such a pace that by the end of 1914, just some three years later, viable carrier-borne Royal Naval Air Service aeroplanes were in action over Germany. Whilst Wakefield had advocated defensive scouting, originating from his experience of the Boer War, Winston Churchill, the First Lord of the Admiralty, came to the view that attack was the best form of defence.

On 14 March 1912, Wakefield entered into a contract with the Admiralty for stepped floats and undercarriages, or royalties, and to convert Admiralty Deperdussin M1 (a monoplane) into a hydro-aeroplane, which was first flown by Adams at Windermere on 11 July 1912.

Hill of Oaks soon became a key Admiralty training centre and by the beginning of World War I was a major facility for pilots before their often short deployment to the Western and Mediterranean fronts. This led to the establishment of a Royal Naval Air Station at Windermere in 1916.

In 1918, a Felixstowe flying boat, piloted by Captain Cooper Pattinson from Windermere, shot down a Zeppelin for which he was awarded the Distinguished Flying Cross.

Gee is very keen to point out that he does not want for a moment to disrespect the remarkable genius of Curtiss.

“In fact the Windermere team had a great deal to be grateful to him for. They used Curtiss’ aeroplane designs for Waterbird, including the float.

“But the Curtiss float was flat-bottomed.

“The first actual design and test of floats with steps in the world was by Oscar Gnosspelius in July 1910 at Windermere.

“The first successful flight with a stepped float in the world was by Waterbird on 25 November 1911 at Windermere.

“It was not until July 1912 that Curtiss flew with a stepped hull.

“However, Gnosspelius did not protect his invention. An objection to Wakefield’s patent application by The British and Colonial Aeroplane Company was dismisssed. It is ironic that all these years later I have read his declaration in support of the objection which helps prove that Wakefield was ahead of Curtiss.”

Gee adds: “I want to praise Curtiss for all his wonderful achievements and thank him for the technological developments for the aeroplane and the step-hydroplane, but what is claimed as his most important contribution wasn’t his”.

The original Waterbird float, several parts and the aeroplane plan have survived.

Gee is a trustee of a charity, The Lakes Flying Company Limited, which has built an airworthy replica of Waterbird. The replica has so far achieved land-based straight hops, reaching 10 feet high.

The ambition is to fly it from Windermere, for which permission has already been granted in principle to break a 10 knots speed limit on the lake by the Lake District National Park Authority.

How the idea of a seaplane developed in the frantic years before the First World War:-

It was a clergyman, the Rev. Charles Meade Ramus, who first suggested the hydroplane, in 1872, and he drew the attention of the Admiralty [for warships] to his experiments with models and their results, but the scheme as a whole was abandoned.

UK Patent No. 17,360, which was applied for on 2 August 1906 and granted on 10 January 1907, to Albert Edward Knight, is the first patent on record relating to stepped hydroplanes [for boats].

The flying boat and the waterplane with stepped floats were originated on paper by Knight in 1909 in a document sent to the Admiralty.

On 28 March 1910, Frenchman Henri Fabre made the first successful flight from water. However, his float was not stepped but had a flat part underneath, with a curved upper surface, so as to generate lifting force when moving on water or in air.

During July 1910, a pair of floats were built at Windermere from the designs of Oscar Gnossspelius and tested. These were the first floats in the world to incorporate a hydroplane step.

In November 1910, having designed another stepped float, Gnosspelius No. 1 made a few ‘hops’, however the 20 horsepower engine was of insufficient power.

Waterbird’s float was a Curtiss-type pontoon. However, the Curtiss float had been shaped so as to rise on the surface and was flat-bottomed, not stepped, and it would not break free from a glassy sea.

On 18 November 1911, at Cavendish Dock, Barrow-in-Furness, an Avro D, fitted with a pair of stepped floats, was flown by Commander Oliver Schwann for 50 or 60 yards, but he had not undergone any flying training and was unprepared for the climb to a height of 20 feet. The aeroplane fell back into the water, damaging a float and wing. It did successfully fly on 2 April 1912, piloted by Sydney Sippe – the first such British flight from seawater.

On 25 November 1911, Gnosspelius No. 2 had been going for a minute when there was an untoward gust of wind causing Gnosspelius to lose control. Having only learned to fly straight and level, he overcorrected, causing a rapid bank to the right then to the left, following which the port wing tip was damaged and the propeller splintered upon striking the water, resulting in the aeroplane turning onto its back. Gnosspelius No. 2 did successfully fly on 14 February 1912, piloted by Gnosspelius.

Later on 25 November 1911, piloted by Herbert Stanley Adams, Waterbird took off from Windermere and safely alighted. This was the world’s first successful flight to use a stepped float. A step had been added to Waterbird’s float in September 1911, but success was only achieved when a second step was added at the stern.

On 11 December 1911, Wakefield applied for UK Patents No. 27,770 and No. 27,771 for the means of attachment and a stepped float, which were respectively granted on 12 September 1912 and on 18 March 1913. The object was ‘to provide an aeroplane with means for enabling it to alight, float and travel along the surface of water and to rise again therefrom’. Wakefield had combined features of construction in a novel way.

On 30 April 1912, Waterhen, Waterbird’s immediate successor, was first flown by Adams at Windermere. The float, with a single step, had been made wider so as to support the additional weight of a passenger.

On 11 July 1912, Adams flew an Admiralty Deperdussin which had been converted at Windermere to a hydro-monoplane.

In July 1912, at Hammondsport, New York, Curtiss first successfully flew with a step incorporated into a flying boat – Curtiss Model E (Flying Boat No. 2) known as the ‘Flying Fish’.

In a move away from the flat bottom of initial pontoon floats, designers developed the wave-cutting, spray-deflecting, V-shaped float bottom which is used on every float today. On 12 February 1914, Gnosspelius obtained UK Patent No.10,801 for a V-shaped construction.